Tesla has given the Model S and X a new, updated version. The new Plaid versions of the Tesla Model S and X can be ordered immediately. When we look at the innovations, the interior is especially striking.

The interior of the Model S had not been changed for over 8 years. With the arrival of the new version, the design is focused on the minimalist design of the Tesla Model 3.

If we look at the wheel, it is a half wheel which looks a lot like an airplane wheel. 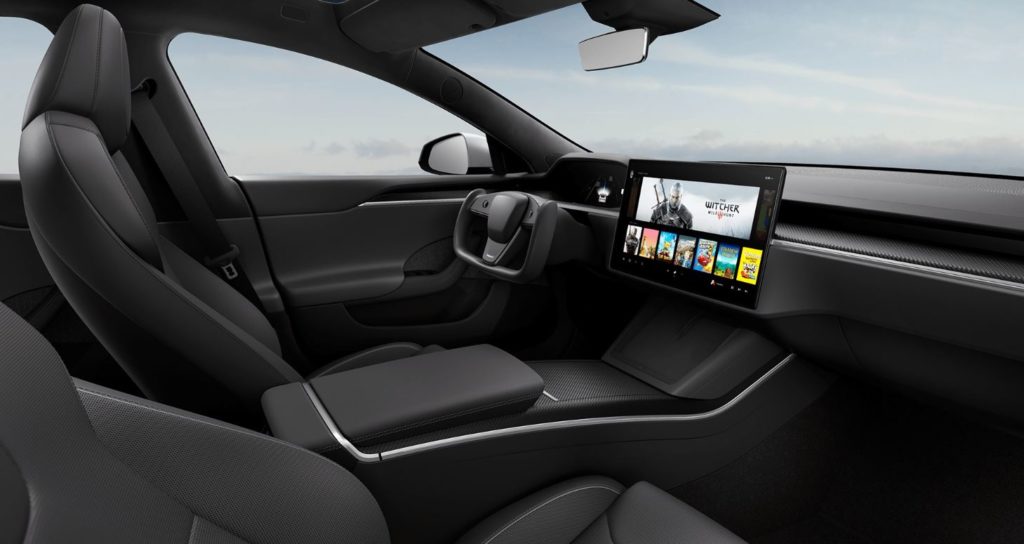 The hardware has also been provided with various improvements. The 17-inch screen has been given a resolution of 2200 × 1333 pixels. There is also a screen in the rear where passengers can game via wireless controller. In total, the sound system has 22 speakers and a power of 960 watts.