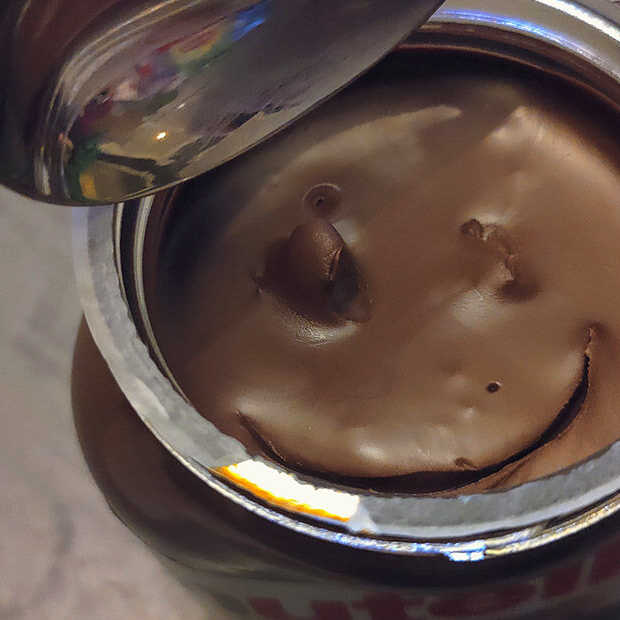 It’s a bit crazy, but today is World Nutella Day. A day created by an American food blogger, who thought it was rather bizarre that Nutella was not widely available in her home country. This day may have been set up by an American, it is really from Italian soil. This is how Nutella is such phenomenon became.

You probably know the Ferrero Rocher bonbons, which are made by the Ferrero company. That company makes Mon Chéri, Kinder Surprise, Kinder Bueno, Raffaello and Tic Tac, among others. Now these are mainly candies, but Nutella is Ferrero’s showpiece for bread. At least, not just on bread. It’s used in drinks, pies, oatmeal, brownies, coffee, cookies, popcorn, and even one Hamburger. It is extremely versatile and you regularly see videos with funny Nutella recipes on Facebook and Instagram that will make your mouth water.

In 1946, Pietro Ferrero developed a cream based on gianduja, which consisted of hazelnuts and cocoa. At first it was a bit harder and was called Pasta Gianduja, but was soon softened. It had been called Nutella from 1964 and was sold from the bakery in Alba, Piedmont. The jar and the label still look the same and the pasta is still made from many hazelnuts. So much so that in 2015 Nutella bought no less than 25 percent of the world’s hazelnut production. Pietro is now no longer at the helm of the company and the CEO is no longer even a Ferrero: Lapo Civiletti now holds that position, although grandson Giovanni Ferrero still has an important role as board member.

Ferrero has mainly been buying companies in recent years. It has bought several companies from Kellog’s, much of Nestlé in America and Little Brownie Bakers. Maybe the latter doesn’t mean much to you, but when we say: all Girl Scout cookies, then you know enough. Nutella is the driving force behind all this success. Even most of the chocolates Ferrero releases have a Nutella undertone. Think Ferrero Rocher and Kinder Bueno.

Before you’ve struggled to remove that gold foil and push your tablespoon – or your knife – into the hazelnut spread, we have some fun Nutella facts to tell you about this special topping this Nutella day:

Good to know: Nutella is vegetarian, but not vegan. It contains milk powder. It is still unclear whether Nutella is Halal or not. It itself said last year that it is not 100 percent halal, but an objective auditor has declared almost all Nutella factories halal. After that, the company said it was halal. In any case, it is not on the packaging, so it unfortunately remains unclear whether this sweet spread is suitable for Muslims. It is kosher.