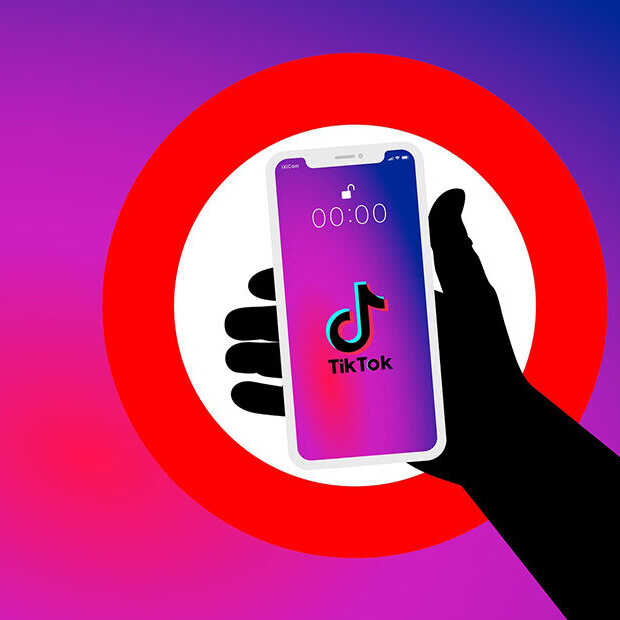 You always have your smartphone with you and at an unguarded moment you scroll through your photos and you think: hey, I haven’t posted this yet. Or maybe you think: hey I’ll put on some music and make a funny TikTok video. Nothing wrong with that, of course, but often posting a social media post takes a little while and that means that people do not always think carefully before sharing something. TikTok is therefore rolling out a new feature that actually works the other way around. You are not supposed to think before you share something, but before you look.

Think about the old days: you’re at a party, you’ve had a drink and a friend of yours is joking. Coincidentally, you just managed to capture it in a photo and before you know it you have shared it with a funny caption on social media. The next day you wake up and scroll through your timeline, when you suddenly see that you have a lot of private messages. Turns out in the background of your crazy-mouthed friend’s photo there is a kiss about to be shared by two people who are married. Oops.

While in this case it’s not even about something that pertains to you personally (unless one of those kissing people is your lover), a not so convenient social media post is made like that. Whether it’s a drunken post where you didn’t pay much attention to the details, or a down-to-earth post from your new television where you don’t realize that your naked body is visible in the reflection. Perhaps you post something on a whim or in anger: “What are all those elderly people doing in the supermarket at noon when working people get lunch? If I have corona I will cough them all in their faces! ” That is not so nuanced, you better choose only the beginning of that comment, if it is already that high on you.

Although you know that you do not mean the latter of course, such a comment can come across very differently to others. The same goes for if your girlfriend has one in her bikini TikTok video You can be proud that she dares to do so and that she is such a fun loving person, but there are also people who do not appreciate that their lover is too sexy or shows too much skin on social media. There is no right or wrong in this either: this is entirely subject to other people’s opinion and everyone has the right to an opinion.

Of course you don’t always have to take everyone into account when you post something, but do you think about it every now and then? Do you think before sharing? It is something that governments but also social media companies are concerned about. Only they don’t do it so much to prevent divorces, but mainly fake news. That too is often spread on a whim, although some people prepare it down to the last detail. It can be very dangerous, as we have seen in the documentary The Great Hack can be seen.

This is why TikTok has a new feature introduced: You get a kind of popup when you are about to watch a video spreading fake news. TikTok puts a banner over the video if the content is still under review and has not yet been officially validated. Then when you try to share it, you will get the message: “Are you sure you want to share this video? It is flagged as unverified content. ”

As a poster, you will also receive a message that your video is flagged as content that may not be okay or true. In short, TikTok wants its ‘musers’ or ‘TikTokkers’ to think carefully before they post something, even if they share something from someone else. For example, the platform tries to take its responsibility in the detection of fake news, although it is still up to the users to flag something as inappropriate or false. This capability is now rolling out in Canada and the United States, and will come to the rest of the world in the following weeks.